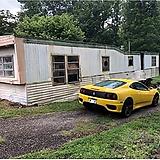 If you want to learn how to trade cryptocurrency, you’re at the right place. There are mountains of information available on the internet, which could easily overwhelm anyone, including a seasoned trader. To help you out, we have created this detailed guide to cryptocurrency trading for beginners updated for 2021.

The difference is that unlike conventional currencies such as the U.S. dollar, cryptocurrencies are often not controlled by a single entity. They are also secured using complex cryptography coupled with a new form of online public ledger called a blockchain. It is distributed to anyone and everyone interested in having a copy. Watch the short video below to understand how blockchain works before we proceed further.

Digital currencies have been around for more than a couple of decades in different experimental forms, but the first one to be successfully implemented was Bitcoin. Bitcoin was created by Satoshi Nakamoto (pseudonym), who released its whitepaper called “Bitcoin: A Peer-to-Peer Electronic Cash System” in October 2008 and launched the network in January 2009.

Bitcoin has spurred a whole new digital coin class that can now be bought and traded on cryptocurrency exchanges worldwide.

ℹ️ A stablecoin is a digital asset whose value is pegged to the value of a fiat currency (such as the U.S. dollar) in order to avoid the wild price volatility that is common with other virtual currencies. The majority of the successful and professional cryptocurrency traders use stablecoins while mitigating their trading plan.

Currently, there are more than 8,000 cryptocurrencies listed on CoinMarketCap, a leading data aggregator for the cryptocurrency market.

Cryptocurrency buying and selling vs. investing